skip to main | skip to sidebar

WWHM Crawls Back To Life 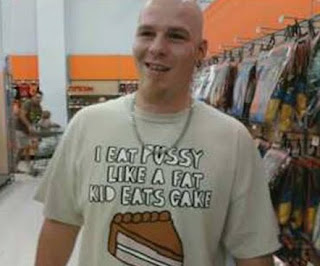 Ladies and gentleman, welcome back to WWHM!

For those of you not yet familiar with our horrifying little corner of the digital world, WWHM extracts some of the most preposterously idiotic male personal ads ever to grace the pages of our beloved internet, re-posts the exact text of those ads onto our blog along with pertinent commentary, and hurls the results into a bloody, churning meat pit I like to call "my seasoned female readership."

Before you proceed, WWHM would like to issue a stern warning: Some of the personal ads you are about to read may cause you to gag, retch, heave, or relieve the contents of your stomach into a bag of Tostitos. Your vagina may twitch, shake, shudder, or perhaps rappel down your leg, grab a protein bar, and move to Idaho to start a new life harvesting potatoes. Regardless, by proceeding past this entry, you agree to not hold WWHM accountable for what may happen to your once unquenchable sex drive.

Please take note, WWHM contains extremely graphic and immature sexual content, so if you can't handle it, we strongly recommend you go here.

I'm your host, The Weasel, and yes, I am a man. Critics oft contend I produce WWHM solely as a vehicle to make myself look better than other men, yet I counter nothing could be further from the truth.

By my own admission, I am nothing but a small, sheepish and feeble excuse of a man, one so meek you might frequently find me crouched in the fetal position underneath my own bathroom sink, slowly nursing a pasty and congealed gruel of Cheez-its and Yuban from a second-hand YMCA parrot feeder. When introduced to an unknown female or even the non-aggressive, low-speed paw strike of a recently declawed kitten, I tend to spontaneously suffer from the unfortunate malady a four year-old Spanish boy might refer to as "los pantalones con poopy."

So whilst I wholly admit upfront I know next to nothing about women, I've learned at least enough throughout my years to identify when a grown man indeed knows absolutely nothing about women. We dedicate the success of WWHM to those men.

So let's cut through the shit already, shall we? 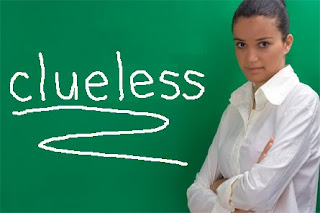 Please attach a current photo with your response.

We feel your pain, ladies.

Just when you start to feel comfortable diving headfirst into a virtual relationship, a new league of impotent male incompetents manage to dump their intellectual stool samples into the online dating pool. But fear not, ladies, as their Downey-soft erections exhibit no more rigidity than the freshly shampooed mane of a gold-ribbon showpony. Rather, we invite you to take solace at WWHM Headquarters, where we're proud to offer fresh guava juice and Nilla wafers to your right, and a state-of-the-art vagina resuscitation device to your left. We've also acquired a considerable stack of Febreze coupons and a pair of tweezers, so join WWHM as we parse through a few stool samples and identify the nuts.

Nuts like Brandon, for example, who recently released his hands and a flurry of middle-aged moths from his BattleBots briefs to scribe a personal ad based upon the intricate plotline of Meerkat ManWhore IV: Strike of the One-Eyed Snake. Deftly sidestepping trivial matters such as personal interests and accomplishments, Brandon instead garnishes his penis with heavily fortified numbers and serves up a wholly unsatisfying dish of male ineptitude and ignorance regarding the female libido. Brandon, if you'd like to re-create how women feel about your personal ad, here's a little experiment you can try at home: Dump a bucket of ice water on a cat.

Brandon ultimately fails in that he can't see the forest for the trees. Or, more specifically, he won't see a forest because of his sapling. You see, Brandon never quite addresses the obvious commonality between all the women he so condescendingly refers to as "boring in bed": Namely, the fact that they were all sleeping with Brandon. Women intrinsically recognize this, yet Brandon can't. And if that alone isn't cause enough to mummify his genitals, the clitoris actually contains a sophisticated sonar device which emits a series of inaudible chirps to warn other women about the presence of sub-par male sexual partners, and in Brandon's case, the overwhelming cacophony of high-pitched tones has even hard-of-hearing dogs burrowing holes to Bhutan.

In the Christmas spirit of providing guidance to the more ill-informed amongst us, WWHM would like to offer Brandon a few departing bedroom tips gathered from a roundtable of qualified men who fully understand that a "G Spot" isn't the brand name of a high-impact carpet stain remover. To wit:

In conclusion, Brandon, WWHM offers you the same advice we disburse to the majority of men we feature on our blog: Owning a penis no more makes you a quality fuck than owning a wrench makes you a quality auto mechanic. More often than not, if you find a woman unresponsive during sex, it's either because she's not interested in fucking what's between your ears, or because you're fucking her with all the muted stylings of a newborn puppy dry humping your grandmother's leg.

You know why, Brandon? Look in the mirror, dumbshit.

(As you guys know, I've been toiling away for over a year now without any advertising income from my websites. I've teamed up with Babeland, a very classy, reputable, and female-owned and operated sex boutique with stores in Seattle and New York City, so please feel free to support WWHM and PLFM by expressing your kink through the links on my websites. Believe me, there isn't a classier operation in the business. Thanks guys!)

For those of you who tire of my horrifically irregular posting regimen, now you can follow both WWHM and PLFM on Twitter! Yes, I finally pulled my own head out of my ass and got with the program.

... or you can join the WWHM Facebook Fan Page here. 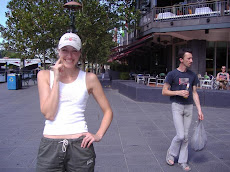 Analyzing everything men do to attract women. And why they fail so fucking miserably. Since 1964. 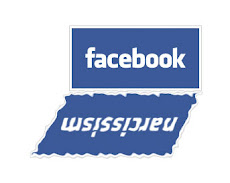 Despite producing two low-rent websites of extremely questionable taste, I actually make a living spitting ink for other people. Some of whom even exhibit, like, moral fiber and stuff.

If you need an entertaining and/or controversial copywriter, comedy writer, or technical writer with a proven ability to sequester and stun thousands of eyeballs, I'm always interested in hearing about your project.

I will also entertain any inquiries regarding WWHM and PLFM.